If you are charged with violating a driving-related law or acting in a harmful way, and it has been determined by a court in Indiana or the Bureau of Motor Vehicles, then your license may be suspended. It’s a move intended by the courts and law enforcement to protect people on the roads, and it can have a dramatic impact on your life. Not being able to drive can be a detriment to your daily commute, social life, or even simple daily errands.

If your license has been suspended and you’re looking to fight the suspension or speed up the process of reinstatement, then driver’s license lawyers are a necessity.

Stracci Law Group’s team has years of experience working to reinstate licenses in Hammond, Crown Point, Portage, Merrillville, and other regions across Northwest Indiana. Our lawyers start by learning as much about your case as possible before considering every possible way of getting your license reinstated as quickly as possible.

Reasons For Your Driver's License Suspension In Indiana

Several violations can lead to license suspension in Indiana.

Indiana uses its own demerit points system to determine when a person’s license should be suspended. With each driving violation, a driver’s license will receive a certain number of points, and when those points reach eighteen over a two-year period, the driver will need to attend a hearing.

At this point, it is likely that the license will be suspended.

How Long Can Your License Suspension Last?

If your license is taken away from you by a court, it could be permanent or temporary. A license suspension means you will eventually receive your license back, while a revocation is a permanent measure that means you may never be allowed to drive again legally.

As noted already, a license suspension will often occur when an individual reaches 18 points after committing several driving offenses.

A revocation is much more permanent. No set date is given for the license to be reinstated, and it may never be reinstated. Typically, a license revocation will be enforced if the offender is guilty of multiple DUI convictions, reckless driving that resulted in injury or death, or causing an accident while being under the influence of drugs or alcohol. Only in some circumstances is an individual eligible to apply for reinstatement of their license after a period of time, but this is not certain.

How To Get Your License Reinstated

When you hire a lawyer to get your license back, you reinstate your license and restore your full driving privileges. You won’t be granted a restricted driving permit, known as an RDP. Instead, you will be granted a full license that allows you to drive as you would before your license was revoked.

An RDP is typically only issued to someone who lost their license but can prove that they would suffer “undue hardship” by losing the privilege of driving, which could mean getting to work, attending medical appointments, or driving their children to school.

Stracci Law Group utilizes multiple methods to reinstate your license fully. This may be done during the initial hearing after you receive 18 points on your license, whereby we may be able to argue some of the violations on your record or file a petition for specialized driving privileges.

In other cases, we may be able to take steps to reduce the amount of time that your license is suspended for; for instance, if we are able to prove that you were insured when the citation was issued, or if we can successfully contest a suspension as a result of an OWI charge.

We know every possible way to minimize or block a suspension, and it all starts with a free consultation.

As we alluded to earlier, it may be possible to obtain a hardship license, or “Specialized Driving Privileges,” if you can prove that losing your license would cause extreme hardship. This stems from a 2015 statute that expanded hardship license appeals to a wider group of people who may previously not have been eligible to apply.

If you need your car to do any of the following, then you may be eligible to apply for this kind of probationary license:

As your hardship license attorney, we’ll explore every possible avenue to prevent you from losing your license or help you access an SDP license that maintains some of your driving privileges. We’ll build the strongest possible case by collecting all necessary evidence and representing you in a hearing.

Why Choose Stracci Law Group Lawyers To Reinstate Your License

We know that your license is effectively a gateway to a normal life, and without it you may experience serious hardship. That’s what drives us to provide the most effective license reinstatement legal representation.

Get Help From Our Skilled License Restoration Attorneys

Experience means a lot when it comes to reinstating your license, and our Indiana license reinstatement lawyers have plenty of it.

We understand the statutes, and we have successfully represented many other individuals facing the loss of their license.

Stracci Law Group serves Northwest Indiana, offering free consultations over the phone. So call our lawyers today on 219-525-1000 to find out more, and we’ll get to work building the strongest possible case. 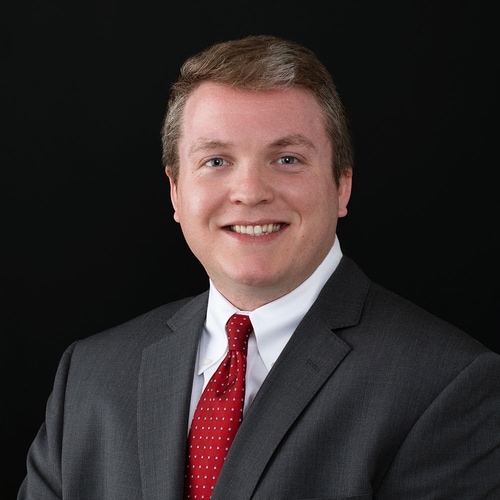 After gaining misdemeanor and felony experience in the Indianapolis criminal courts, Peter has returned home to northwest Indiana to join the accomplished trial attorneys at Stracci Law Group and further his career as a trial lawyer.

Does A License Suspension Go On My Record?

Driving offenses like not paying tickets will not show up on your record. However, if you have been charged with an OWI or reckless driving crime, that will stay on your criminal record.

How Many Points For My License Suspension In Indiana?

The state of Indiana requires 18 points on your license before suspension becomes a possibility. At the subsequent hearing, it is common for a license to be suspended at this point, but representation by a team of Indiana license suspension lawyers can help you potentially avoid it or at least minimize the length of the suspension.

How Do I Get My Suspended Drivers License Back?

There are multiple ways to get a suspended driver’s license back. Beyond simply waiting for the license to be reinstated, you may be able to apply for a hardship license.

A skilled license suspension lawyer may also reduce the length of the suspension or fight some driving offense charges that contribute towards those 18 points.

I Was Denied a Hardship License. Can a Lawyer Still Help Me?

Yes. There are many options to explore, and a team of experienced license suspension lawyers will explore all possibilities. It all starts with a free consultation with our team at Stracci Law Group.

We’ll examine your case and use our expertise and experience to determine whether you can get your license reinstated sooner.