Federal crimes of violence like murder, domestic violence under the Violence Against Women Act ("VAWA"), robbery, kidnapping, gang violence, and carjacking, involve some of the most serious criminal charges an individual can face. The penalties of years, decades, or life in prison and even the death penalty, can be life-altering for those convicted, as well as their family members and loved ones.

Being investigated or charged with a federal crime of violence is a serious and sobering matter. If you’re facing potential federal charges for criminal violence, federal investigators may already have evidence against you. It is in your best interest to consult with a violent crime defense attorney immediately.  A federal violent crimes lawyer at the Stracci Law Group can provide a free case review to discuss the specifics of your case.

What Is Considered a Violent Crime?

Many types of violent crimes are charged and prosecuted in federal court.  Violent offenses often involve actual physical harm to a person or the threat of or attempt to do physical harm.  Some types of violent crimes are prosecuted in state courts, but when violent offenses cross state lines, occur on federal property like the post office or federally insured banks, involve the internet, or otherwise affect interstate commerce, they are investigated by federal agencies like the FBI and prosecuted by federal prosecutors in federal courts.

‍18 U.S.C. §1111 defines murder as “ the unlawful killing of a human being with malice aforethought.” Murders can be charged as federal crimes of violence in several circumstances depending on the status of the victim, the location where the crime occurred, and other unique facts and circumstances. The vast majority of federal murder cases are those in which a death occurred during the commission of other types of violent crimes which are federal felony violent offenses:

The Hobbs Act (18 U.S. Code § 1951), criminalizes obstruction, delay, or impact on commerce by robbery or extortion with the use of actual or threatened violence. The Act was passed to target racketeering and organized crime activities, but now federal prosecutors also use the Hobbs Act to prosecute armed robbers who victimize businesses, for example, robbing bars, convenience stores, fast-food restaurants, and sometimes even drug dealers.

Federal crimes of violence also include robberies. Banks, Credit Unions, and Savings and Loan Associations are federal institutions regulated and insured by the Federal Deposit Insurance Corporation (FDIC).  Because of this, robbing a bank can be a federal violent crime that requires the assistance of a federal violent crimes attorney.  Also, nearly every case in which a firearm is used, especially those relating to federal violent offenses is prosecuted in federal court. Federal crimes involving banks and credit unions include:

Under 18 U.S.C. §1201, the crime of kidnapping includes seizing, confining, abducting, carrying away, and holding for ransom or rewarding any other person. Not every kidnapping is a federal offense.  To be a federal crime, the kidnapping must have some federal nexus, like transportation across state lines, use of the mail, or using some other means of interstate commerce to commit or further the offense. While the FBI investigates violent offenses like federal kidnapping crimes, under the “Lindbergh Law” it also has jurisdiction to investigate disappearances and kidnappings involving children.

Hostage-taking is a violent offense related to kidnapping but involves holding a person in with the intent to get another person to take a specific action (vs paying a ransom). 18 U.S.C. §1203 defines hostage as seizing or detaining a person while simultaneously threatening to kill, injure, or continue to detain them in order to get someone else (or a governmental agency) to take some specific action.  Hostage-taking violent charges can result from hijacking or robbery situations where individuals are held during release negotiations.

Carjacking is another of the federal types of violent crimes.  The carjacking statute is used to punish those who, with the intent to cause death or serious bodily harm, take a motor vehicle from the person or presence of another person by force and violence or by intimidation. The Supreme Court has ruled the carjacking statute defines three, different violent offenses:

Criminal violence can also include threats.  A threat is an expression of an intention to do something bad. Federal violent offenses encompass a variety of criminal threats:

Threats Made in Certain Ways

The law regarding threatening communications is ever-evolving, and you need a federal violent crime defense attorney who keeps abreast of the changing legal scenery. For instance, the United States Supreme Court recently overturned a conviction, ruling the government failed to prove the communication was made either to issue a threat or with the knowledge that it would be viewed as a threat.

RICO makes it a federal crime to participate in or make money from a pattern of racketeering (organized criminal activity).  The law was enacted to combat syndicates like the Mafia, but nowadays federal prosecutors use RICO to prosecute businesses and especially street gangs.  Because RICO allows the government to go after all of an organization’s different crimes in one prosecution, RICO cases typically involve a large number of individuals being charged in a single indictment.

In order to prosecute RICO violations, the government must prove that members of a criminal enterprise (like a street gang), engaged in a pattern of racketeering (ongoing criminal activity) that affected interstate commerce.

RICO is punishable by up to 20 years in prison, but depending on the charged criminal activity, the penalties may quickly escalate.

The penalties for federal violent offenses are significant. There are five classifications of federal felony charges:

Along with prison time, individuals convicted of federal violent offenses may be ordered to serve a term of supervised release or probation, complete community service, and pay fines and restitution.

Federal violent crime defense attorneys can mount a number of different defenses for those charged with violent offenses.  These include:

Certain defenses, such as alibi, are only available if your violent crime defense attorney provides advance written notice during pretrial proceedings. If your violent crimes lawyer doesn’t provide the required notice, you may be prevented from using it in court.

If you have been indicted or you know you are under investigation for federal violent charges, contact the violent crime defense attorneys at Stracci Law Group. We are familiar with all available defenses to federal violent offenses and can help you deftly navigate federal criminal violence investigations.

How a Federal Criminal Defense Attorney Can Help?

Being charged with a federal crime of violence can be a devastating and overwhelming experience for both you and your family.  Federal agents and prosecutors will show no sympathy towards you, your alleged offense, or your loved ones. The general public tends to react negatively to news of violent crimes.

Families of alleged victims will push for maximum penalties. Thus, even if you are innocent, your battle will be difficult - especially if your case receives media attention.  The risk for you and your family is the harsh federal penalties, including decades behind bars, life in prison, or even death. All the more reason why you need to hire the right team of federal violent crimes attorneys.

Representing yourself in a federal criminal case can be time-consuming, exhausting, and extremely risky.  If you do not follow the rules, you can easily lose your case.  When your future is at stake, working with a knowledgeable and reputable Indiana violent crime defense attorney can help you get the most optimum outcome for your serious charges. 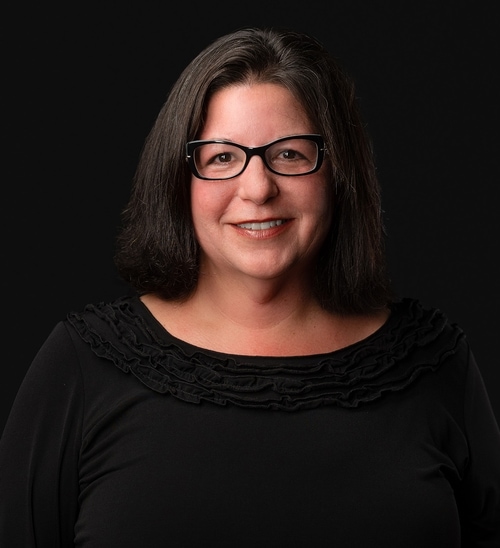 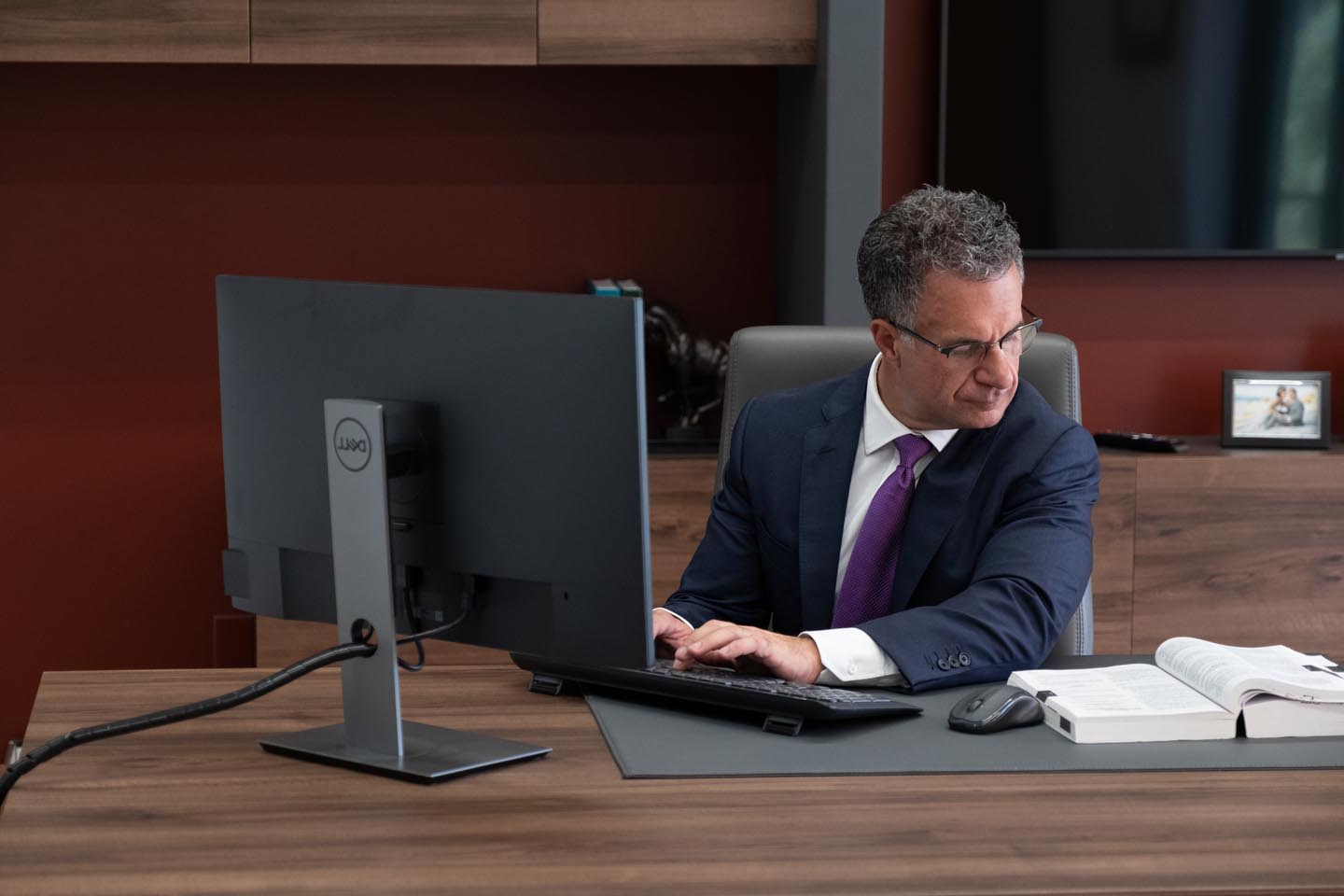 Find A Violent Crime Attorney Near Me

If you or a loved one are facing federal charges for a crime of violence, contact an Indiana federal violent crimes defense attorney at Stracci Law Group. We are available seven days a week to discuss your legal rights, possible defenses, and options to get charges reduced or dismissed. We serve Crown Point, Gary, Valparaiso, and nearby areas.

What happens if you are convicted?

If you are convicted of a federal crime of violence, you will most likely begin serving your sentence immediately. Your prison sentence will be served in a federal prison, which may be out of state and a significant distance away. Depending on the circumstances, you may appeal your conviction or seek post-conviction relief.

Can being a part of a criminal organization affect my case?

Criminal violence is normalized in crime rings, gangs, mobs, and groups. The government will evaluate whether (1) a person was in a criminal organization, and (2) whether they were committing a crime for the benefit of the organization.

Criminal organization activities can also be a violation of state crimes. Indiana has enacted several statutes prohibiting the activities of criminal gangs, including recruitment activities.

What is considered a deadly weapon?

A deadly weapon refers to a wide range of objects, instruments, chemical substances, or devices that can be used in a way that is likely to cause death or great bodily harm. Deadly weapons include traditional weapons like firearms and knives but can include aircraft, boats, and vehicles, as well as household items like chainsaws, golf clubs, and baseball bats.

In one common law school example, in Acers v. United States, the Supreme Court determined that a large rock was in fact a deadly weapon.

Do I need a federal criminal defense lawyer, if I am under investigation for a federal offense or the usual attorney can help too?

An overwhelming majority of criminal prosecutions are state crimes. Federal violent offense charges are serious - and take much longer to resolve than comparable state cases. If you’re facing federal charges for criminal violence, You need a violent crime defense lawyer with a proven track record, who understands violent crime laws and the federal court system, especially the Federal Sentencing Guidelines.